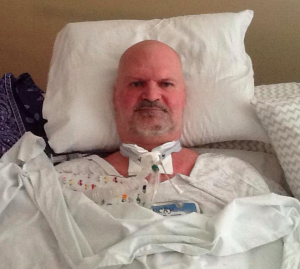 In 2009 he decided after many asked him to go to Nigeria and worked as a mechanical superintendent on a lead project.  Rex served over in Nigeria until his time was up for 3 years.  In December 2011, he returned to the states after finishing his completion of the job. It was during his last stay in Africa that he started noticing severe lower pain in his L4 and L5 vertebrate of his back right along his waist line. The pain got so bad before he came back in December that he went to the doctors over there and all they could give him was pain pills. He was walking stooped over when he got back.  He also noticed a weakness in his arms and hands.  He didn’t have enough strength to squeeze the finger nail clippers.

It was at this time that he started going to the doctors in the states.  In January and February he was going to Neurologists, running MRI’s for his neck and brain, x-rays, and blood test. For his lower back he was going to a sports doctor to stretch out the muscles to try to keep them mobile.   He was trying to be able to stand up straight and walk which he never really accomplished.

On March 19th 2012 he woke up about 4 o’clock am gasping for breath. It was like a fish out of water trying to gasp for breath.  He was taken to the ER and was admitted at Texas Methodist. He was hospitalized for 7 days and the doctor diagnosed him with ALS Amyotrophic Lateral Sclerosis (Lou Gehrig’s disease).  In April 2012 after more tests the doctor diagnosed CIDP “Chronic Inflammatory Demyelinating Polyneuropathy”.

During his 80 day hospital stay from November 2012 – January 2013 the doctors diagnosed him with Guillian Barre Syndrome, parasites, and he was positive for Parvo Virus B-19 and Borelia Hermsli.

He was only 56 when he developed this horrible disease (ALS). He continues to pray for a cure/ treatment for ALS.  It is inhumane to watch amazing people die.  He hasn’t walked since November 2012.  He maintains a healthy attitude, healthy appetite and maintaining his weight.  He is now relying on family, friends and professional home care givers to assist with his daily routine tasks. Showering, getting dressed, and even eating, things that most people take for granted, are difficult and frustrating tasks for him alone. If it wasn’t for the support of the Dennis Sehorn Foundation his quality of life wouldn’t be what it is today. He and his family are thankful for the Dennis Sehorn Foundation. The Dennis Sehorn Foundation is able to immediately help families like his in their daily fight against this disease. Rex says even though he is not able to use his arms, hands, walk or breathe on his own he says he still a healthy strong person except for these few setbacks.

Thank you all for your support, thoughts and prayers. 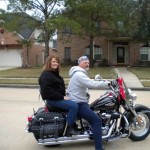 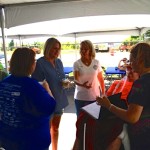 Update from The Dennis Sehorn Foundation: Rex went home to be with the Lord on Friday,  August 12, 2016.  He was a warrior.  A fighter.  We know he will be dearly missed by his family & friends.  Thank you to Rex and his wife, Robin, for allowing us to be a part of your family and to assist with monthly caregiving expenses.